Old Delhi. Shahjahanabad. The walled city. Though no longer walled, Old Delhi still feels like a world apart from the rest of the city. The Red Fort spreads out majestically on its southern flank and Jama Masjid Mosque punctuates its center. 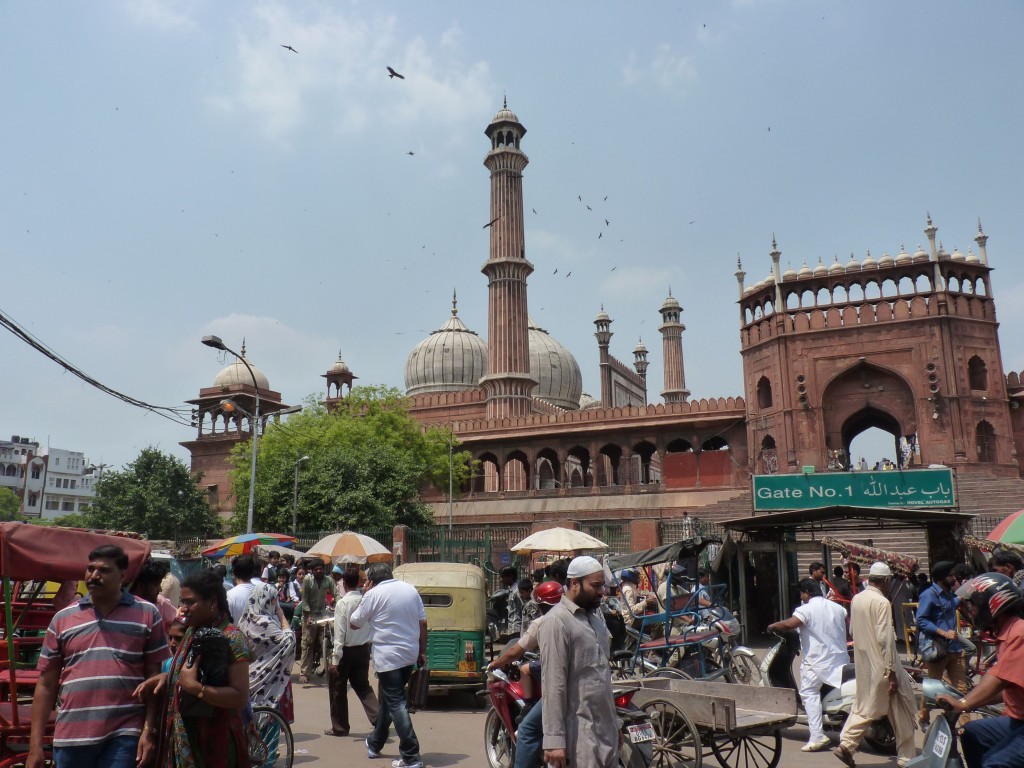 In the narrow alleys of Old Delhi Bazaar, children hang off rickshaws on the way home from school, crying “Hello!” to the tourists. 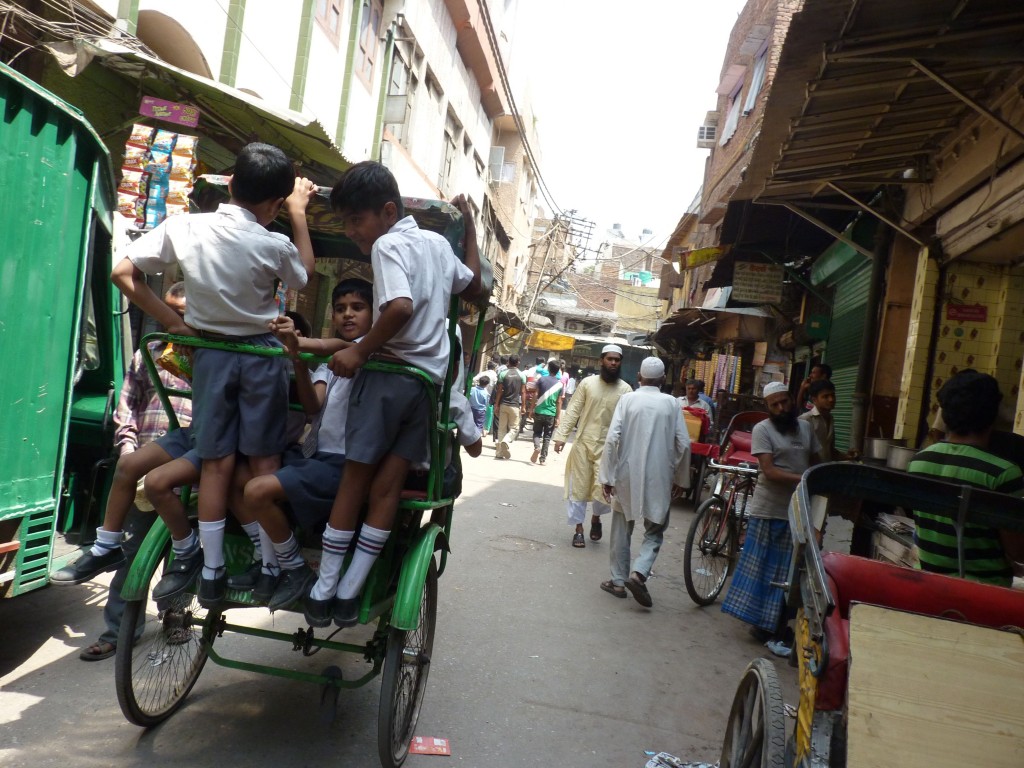 Uniformed children on the way home from school

The sound of fork against bowl is a clue that eggs are being beaten into omelets somewhere nearby. Laborers squat at tiny stands for thali while housewives line up to carry home a day’s supply of vegetables and freshly baked naan wrapped in newspaper. 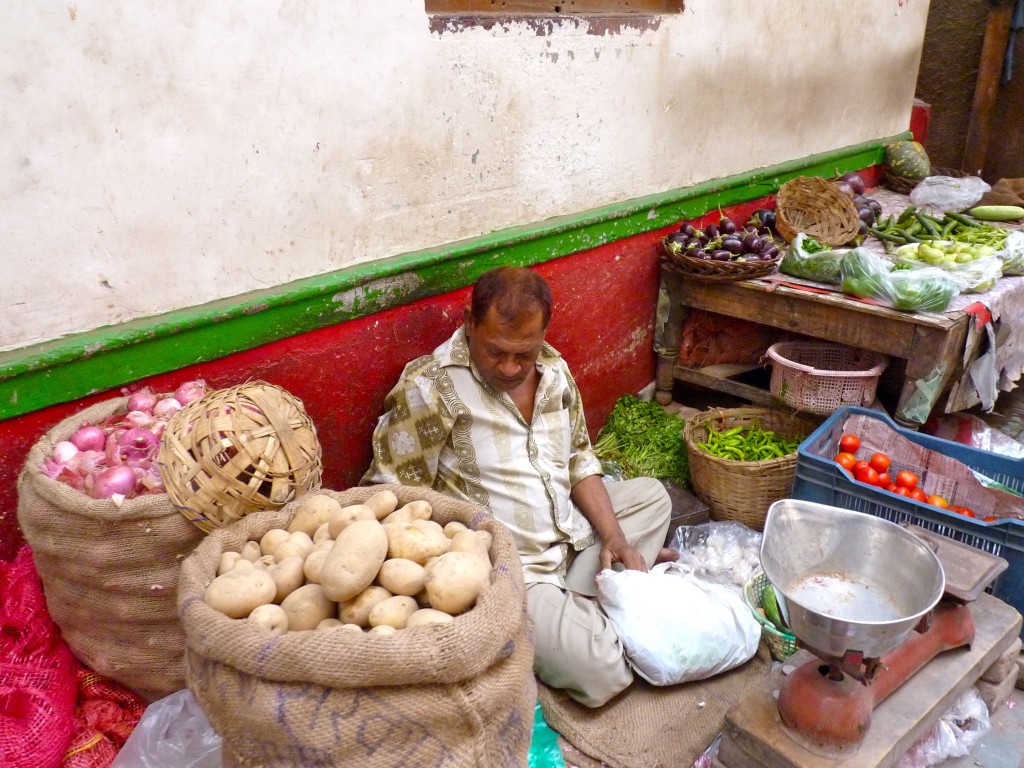 An array of red and green at the vegetable stand 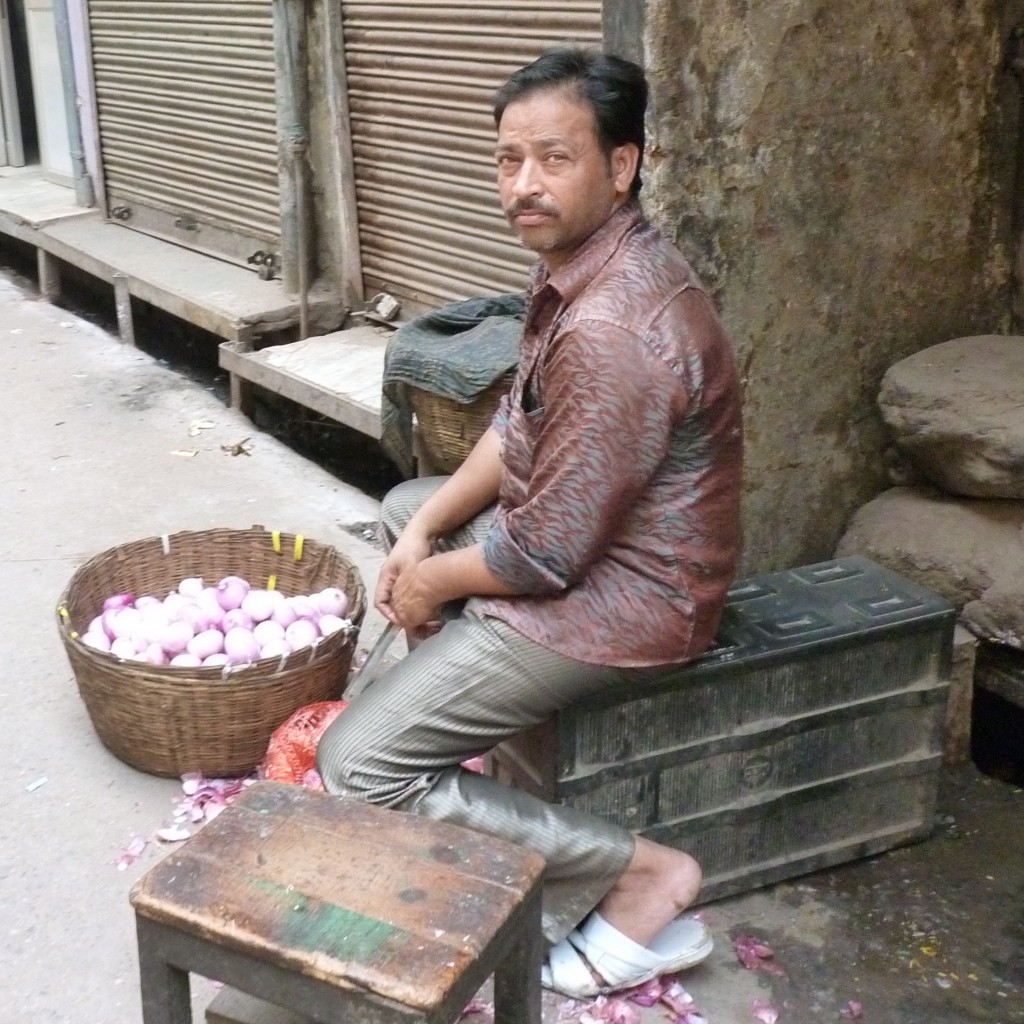 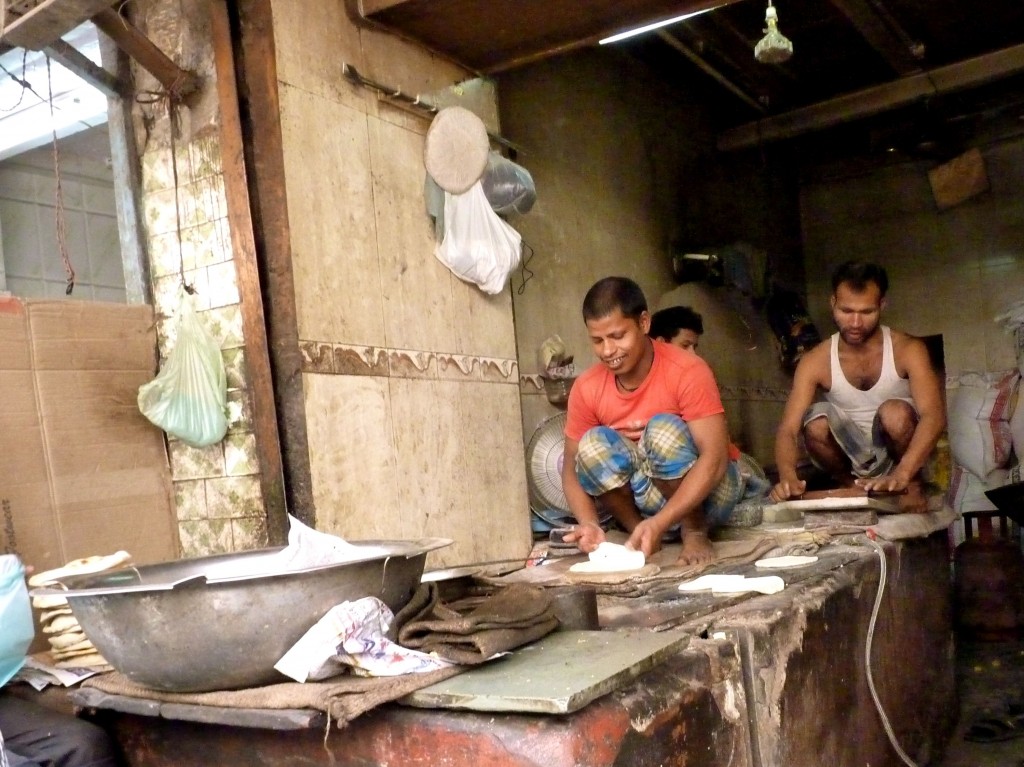 Naan ready for the clay oven

An endless stream of wheeled, pedestrian and bovine traffic fills the alleys. It’s difficult for motorized vehicles to penetrate this labyrinth. Many goods are necessarily ferried by foot. 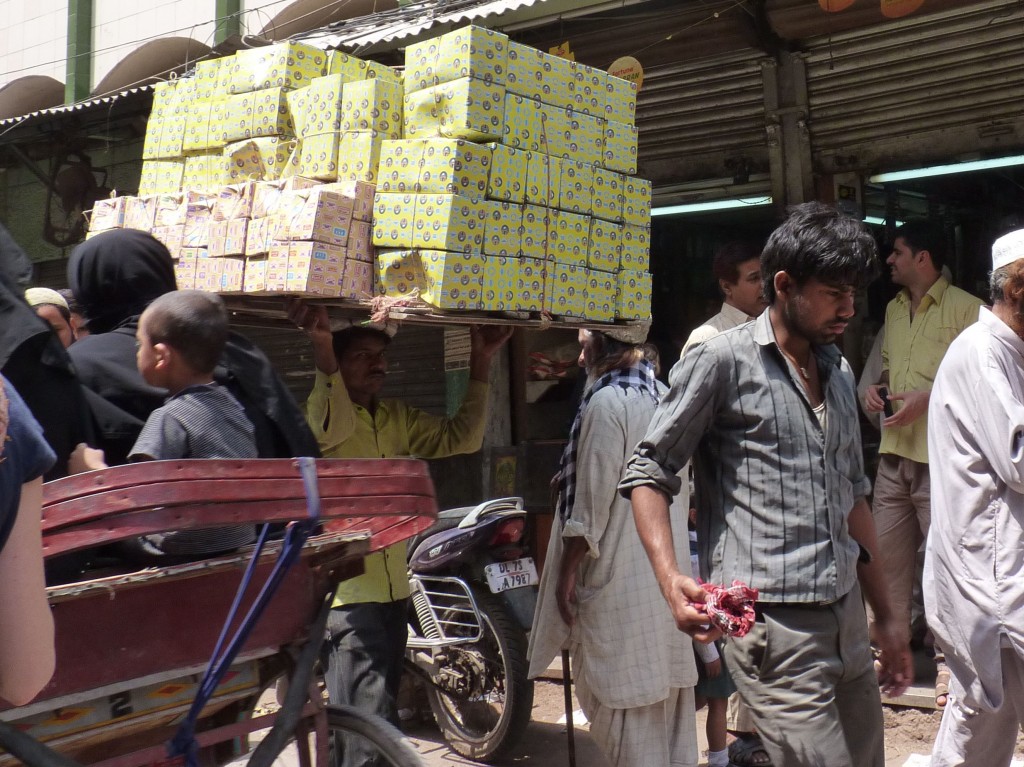 The special logistics of Old Delhi: a balancing act

The sun beats down; shopkeepers and rickshaw drivers nap. 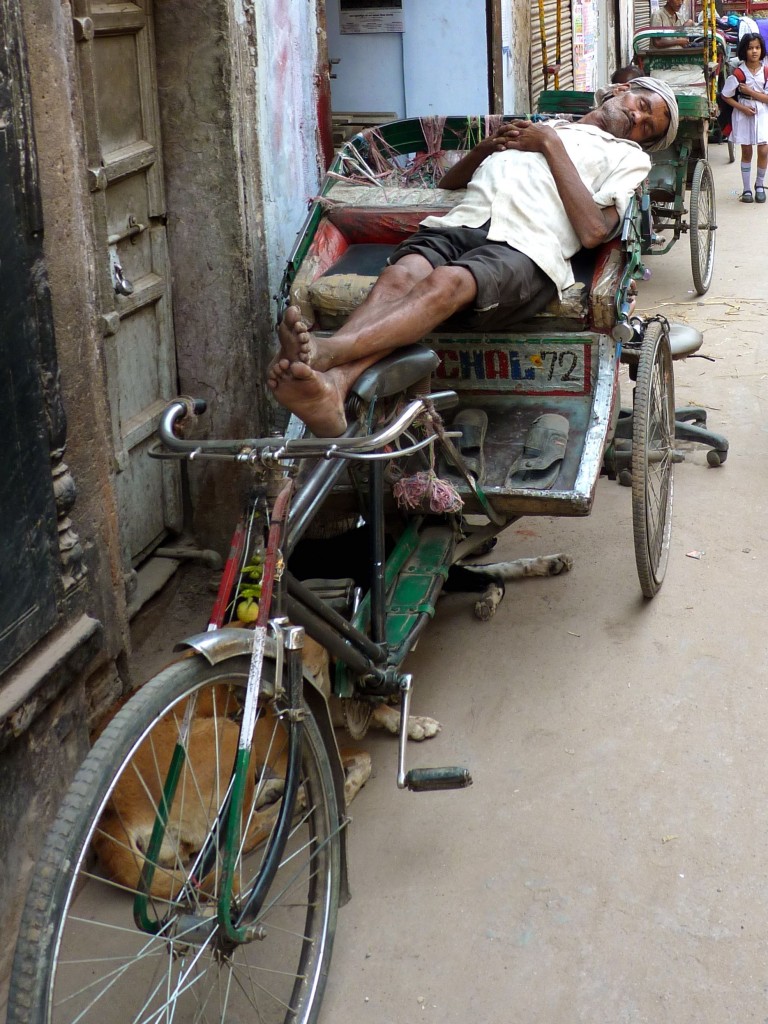 A break from pedalling for some midday shut-eye

Perhaps there’s a power cut. Could it be due to the haphazard electrical installation? 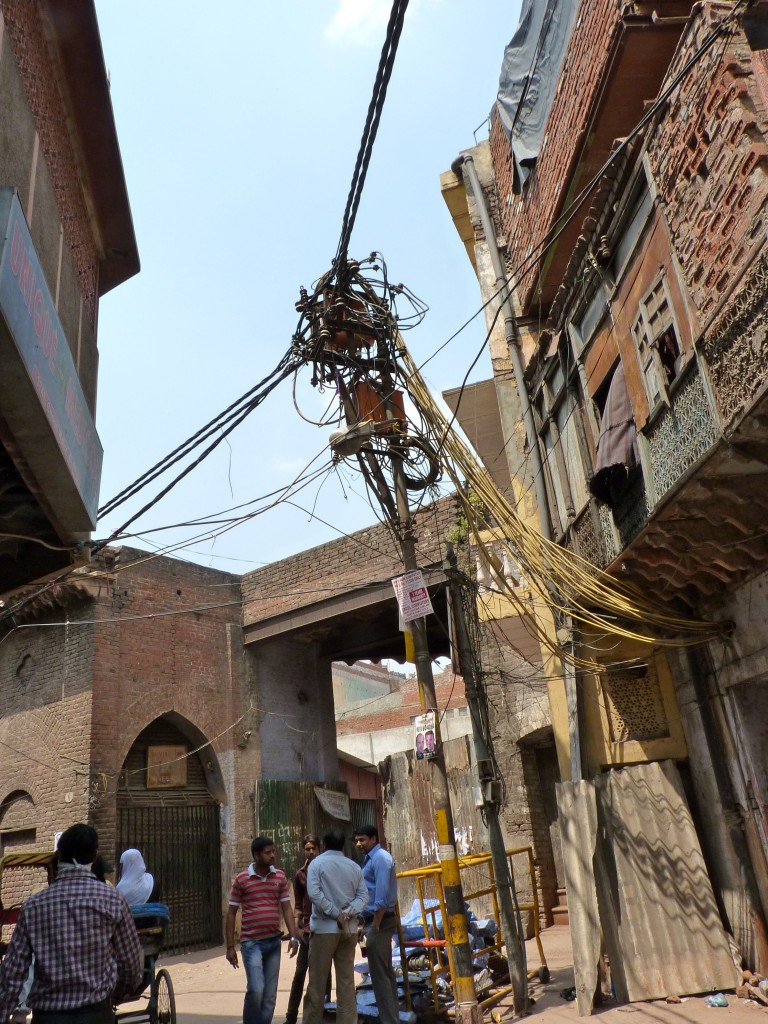 Prayer calls emanate from Jama Masjid and the afternoon dwindles away. Karim’s beckons with its centuries-old Mughal cooking and addictive kababs. 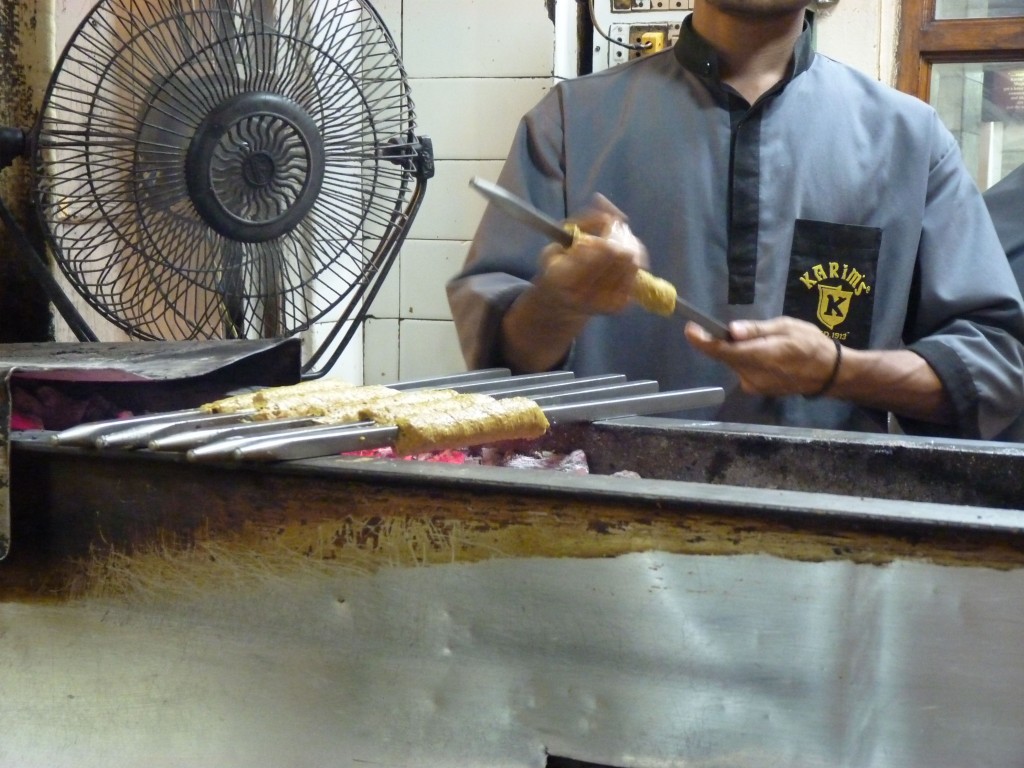 When night falls, lights flood from the stands and the bazaar lives for a few more hours. 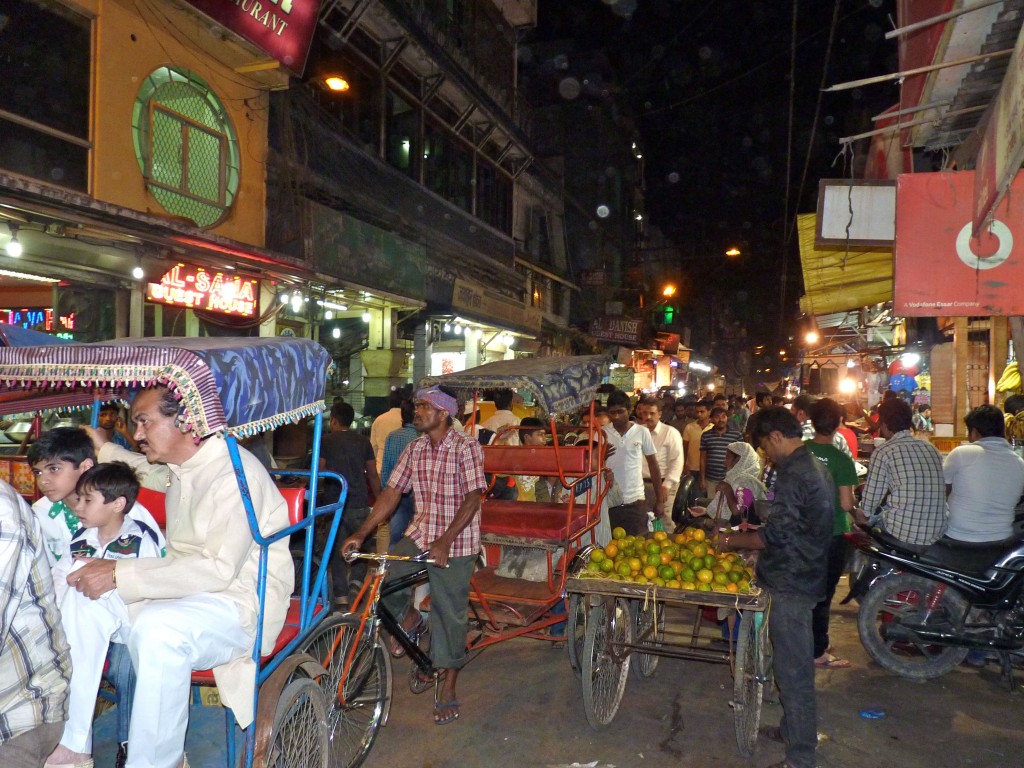 The commotion of Old Delhi Bazaar continues into the night