Our “Big Ideas” posts aim to pick a few ideas that strike us as novel in the countries that we visit.  We may not necessarily agree with the ideas or find them universally applicable, but they are statistics or concepts that got us thinking.

India is a grand, complicated place full of big ideas. It’s the birthplace of Hinduism, Buddhism and Jainism. It’s the world’s biggest democracy. It would take many lifetimes to truly know India, but here are some of the things we picked up in our time there. 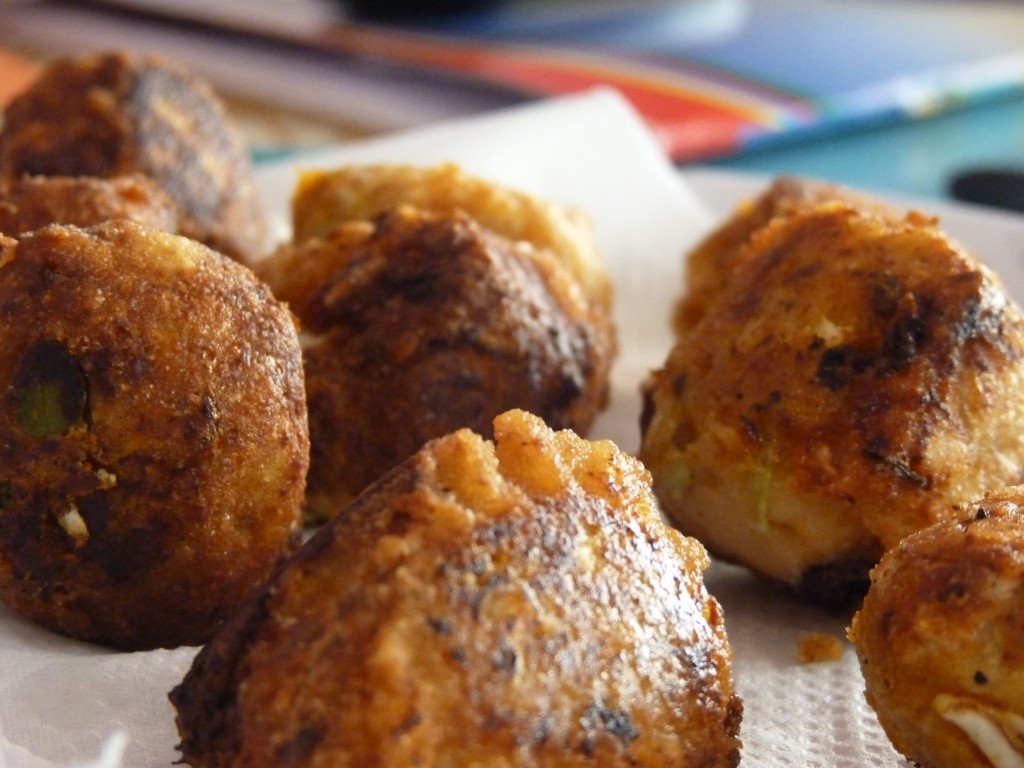 India is paradise for traveling vegetarians and a good place to try being vegetarian if you’re not. “Pure veg” options abound, from eggless Parle G biscuits to pure veg restaurants. Rice and daal (lentils) is cheap, filling and forms a complete protein, important if you’re going veg. Additionally, in a country where the power supply is erratic and infrastructure is lacking, meat safety is difficult to guarantee. Going veg is one way to reduce your chances of getting a case of Delhi belly.

Indians don’t often say “cow.” They say gömata, “mother cow.” Cows are holy, but not eating beef is also good for the earth. In The Omnivore’s Dilemma, Michael Pollan calculates that an industrially raised steer consumes roughly the equivalent of 35 gallons of oil in its lifetime. Imagine if all 1.2 billion Indians ate beef daily. 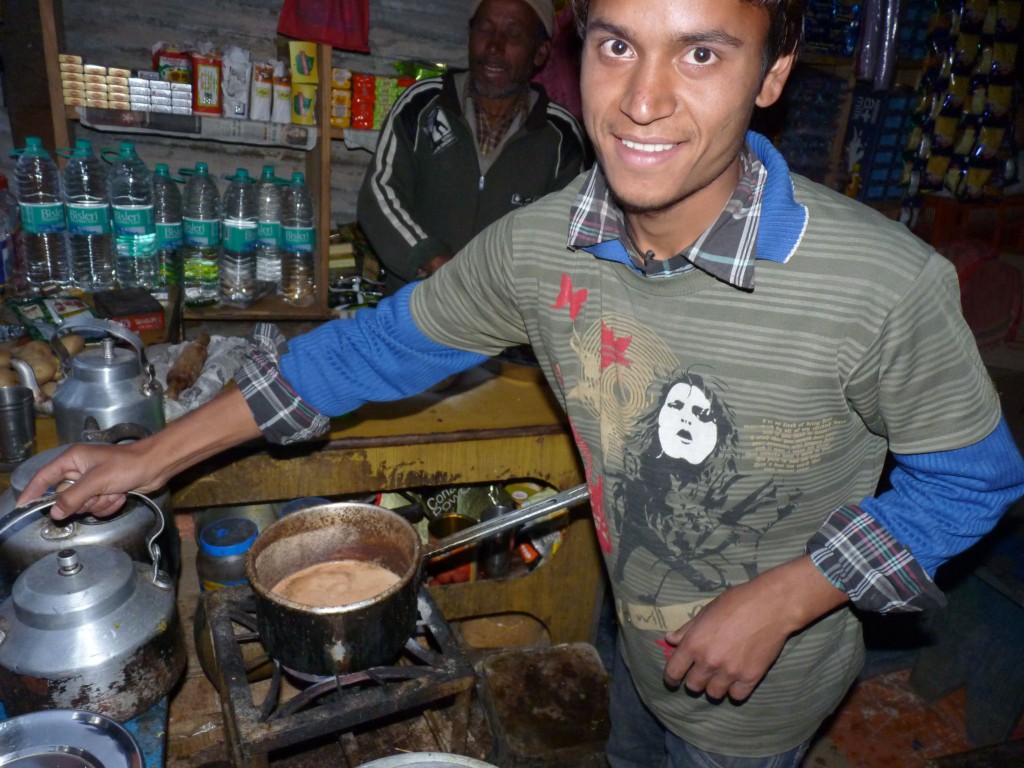 The English may have brought the custom of drinking tea to India, but the Indians made it delicious, adding clove, cardamom, ginger, sugar and milk to make a sweet, creamy national staple. Chai is everywhere, from roadside stands to mountaintop chai shops. Indians expect unfettered access to chai. In fact, the first thing most Indians do when they get up is make chai.

William Ewart Gladstone wrote of tea, “If you are cold, tea will warm you; if you are too heated, it will cool you; If you are depressed, it will cheer you; If you are excited, it will calm you.” We might also add that if your mouth is on fire from spicy food, chai will extinguish it, and it will quench your thirst on a hot day much better than a cold juice. Alcohol is expensive and taboo in most of India; instead of knocking back a few beers, men gather at the chai stand. 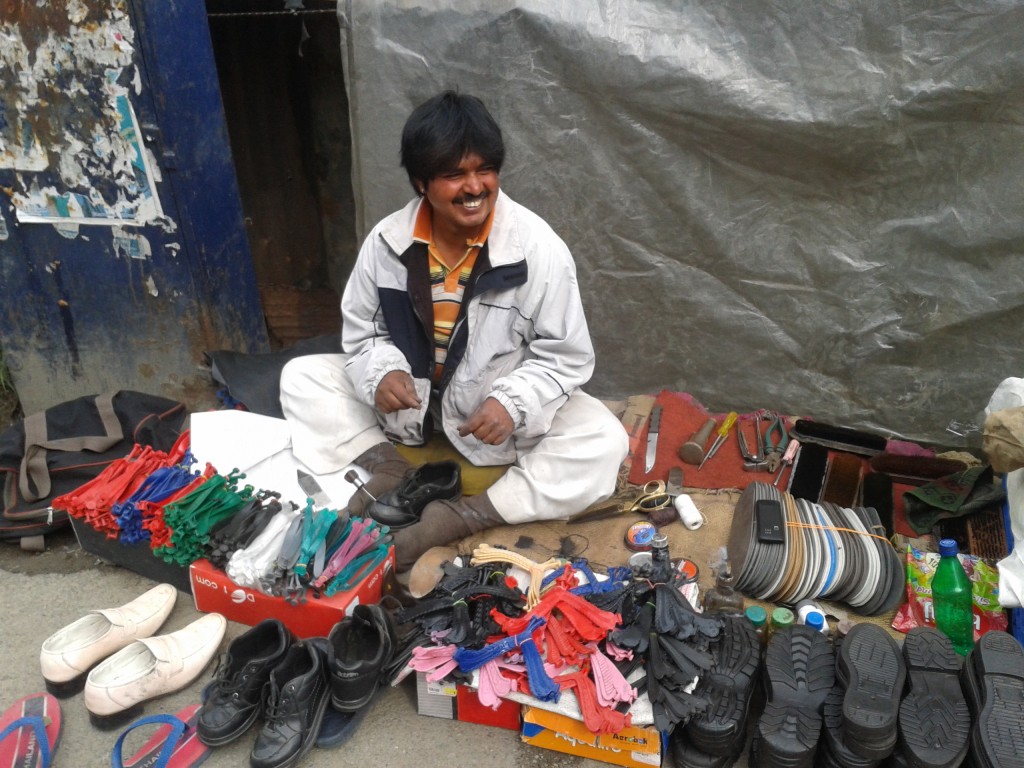 Roadside repair of flip flops, sneakers, hiking boots and footwear of all kinds

You can get anything repaired in India. At most railway stations, we encountered a guy walking around with a fistful of zippers offering to repair broken suitcases (and usually looking very carefully at each bag for signs of something that needed to be repaired). Roadside shoe repair is another common trade.

The impulse in India to get things fixed has something to do with the original goods not being of very high quality and something to do with not having enough money to buy new. In our home countries, we are chagrined by the endless cycle of consumption fueled by the fact that it is often cheaper to throw something away and buy new than to repair. When did we stop buying quality items that with a little bit of mending or repair could last for decades?

4. Everything is yet to be done. 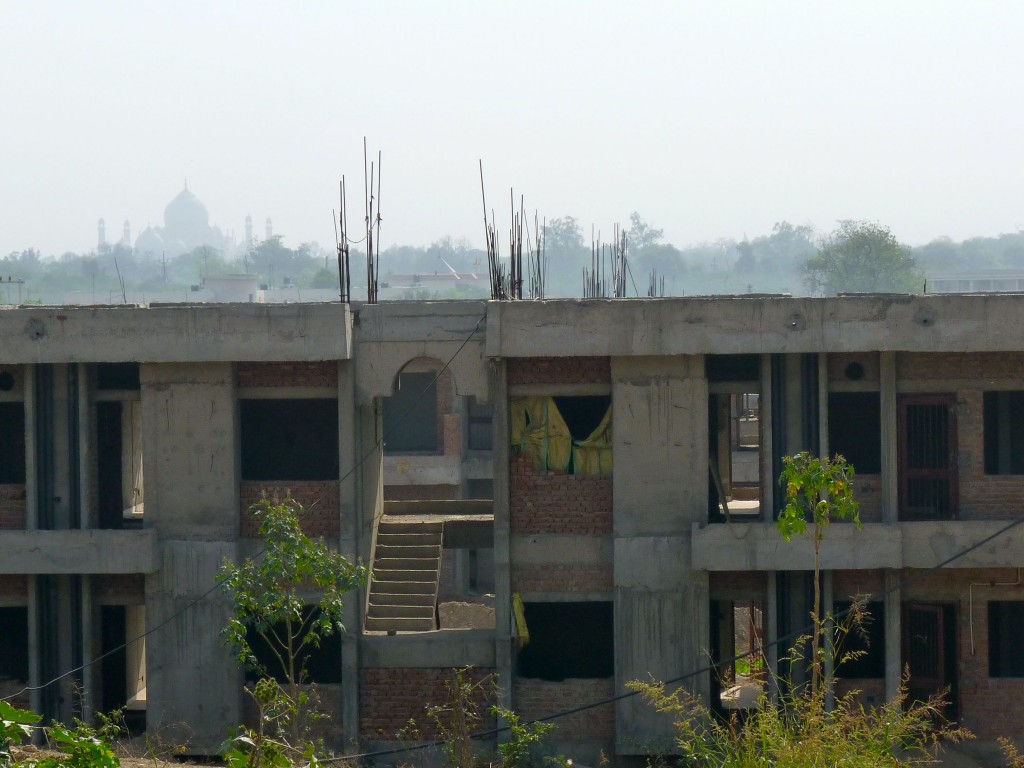 History is in the background and new construction looks forward

In City of Djinns, a middle-class Indian tells William Dalrymple, “In India today no one is thinking too much about these old historical places. India is a developing country. Our people are looking to the future only.”

In India, it feels like everything is yet to be done. The middle class is growing and demanding higher levels of service. Even small, incremental improvements to infrastructure like highways and railways can create jobs and improve quality of life. Enrollment in secondary school has increased from 50% to 63% in the past 10 years, which could mean that Indians are better and better equipped to carry out the transformation of their country.

From afar, we read about the BRIC countries, with one side saying they will be the world’s next economic leaders while the other side pooh-poohs that they are a long way from catching up to the West. Development is hugely complicated. It is perhaps both facile and paternalistic of us to say that a country where 400 million people live on less than USD$1.25 per day has nowhere to go but up. Don’t think that we underestimate any of that, but we really felt a forward-looking momentum throughout our time in the country. India is not stumped for ideas for its future. 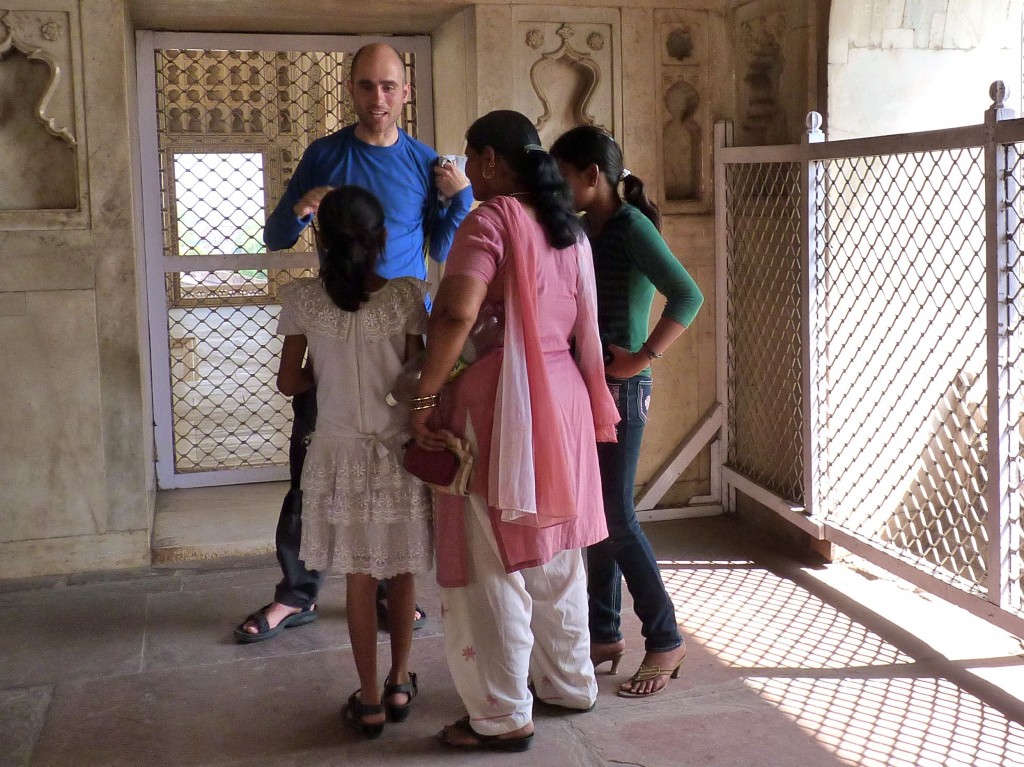 Smile at any Indian and he or she will almost always smile back, even if his or her face was twisted into a tough scowl just a moment before. We lost count of how many times we were stopped for “one snap, please.” Any conversation longer than a minute usually ended with an Indian pushing a piece of paper into our hands with his email and Facebook and an invitation to his home.

At the Taj Mahal, we were approached by a small girl of about 5 in a yellow dress who stuck out her hand and said, “Hello, nice to meet you.” We talked to her for a while, exchanging names and other particulars, and her siblings and cousins shyly approached, also eager to practice English with us. We eventually took photos with her full extended family. The parents had stood by proudly, grinning at their children’s demonstration of a command of conversational English. This was one of many similar encounters.

India inspired and challenged us on a daily basis, but we will never forget its lessons. Smile and be kind. Think big. Look forward.