Our “Big Ideas” posts aim to pick a few ideas that strike us as novel in the countries that we visit.  We may not necessarily agree with the ideas or find them universally applicable, but they are statistics or concepts that got us thinking.

South Korea was not on the list of countries we prioritized to visit when we talked about taking a year to travel through Asia. Then I walked the Camino de Santiago and met a dozen hilarious and friendly South Koreans who made me want to visit their country. When we were looking for our next destination after India, we included Seoul in our search for reasonable airfare and it wound up being a winner.

We had no expectations for South Korea – we had not dreamed about it the way we had dreamed of India – and so everything was a pleasant surprise. Here are a few of our favorite takeaways from South Korea. 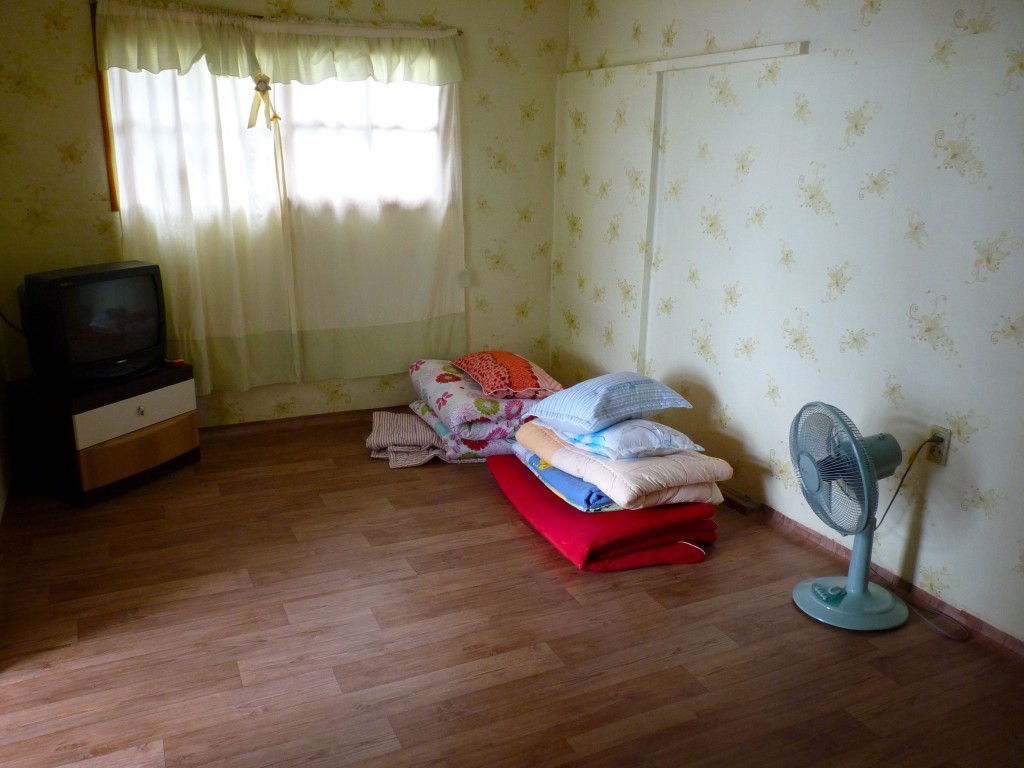 It’s good for your back and a great way to save space in a room. Clear away the futon in the morning and you’ve got plenty of space for yoga or whatever your want to do. We are chronically negligent at making the bed, but folding up the mattress and putting it in the corner is an easy way to tidy up. We look at apartments with new eyes: what looks like a small room that would be taken up by a queen-size bed becomes a liveable space with a good futon. (Sleeping on the floor is not unique to South Korea of course but it’s where we discovered its virtues.) 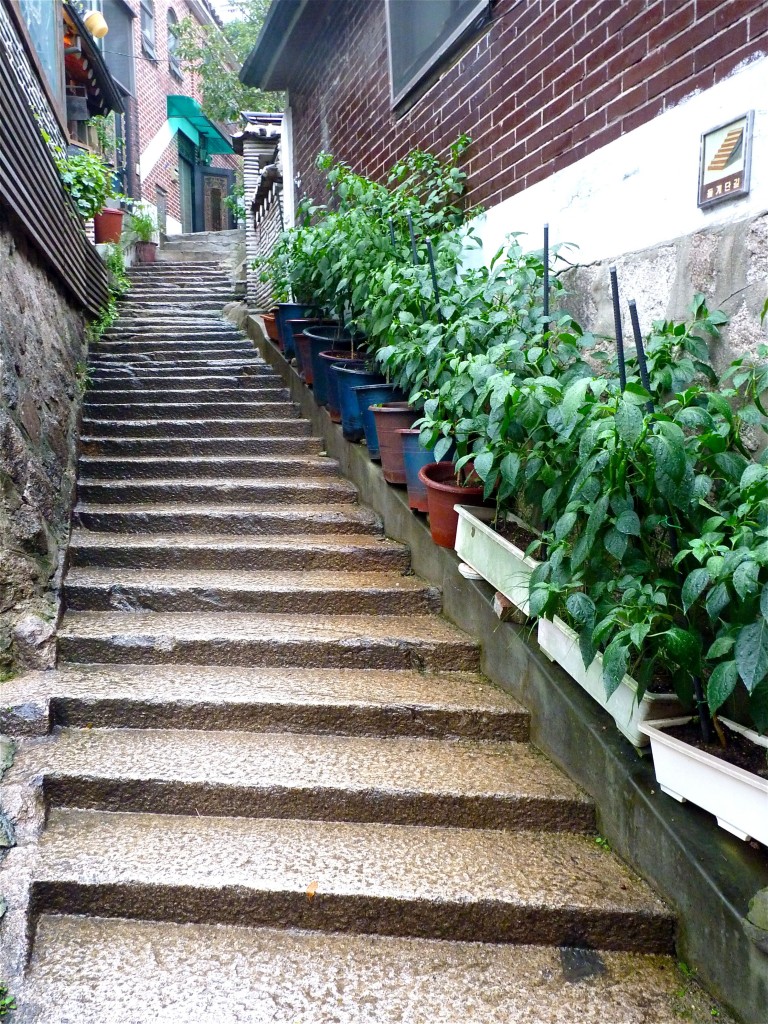 Pepper plants in Bukchon Village in the heart of Seoul

Everywhere you look in South Korea, there are tomatos, peppers, potatoes and other edible plants growing – even in the heart of Seoul. This says a lot about South Koreans’ respect for other people’s property. We joked about how in Spain if we tried to grow anything on the sidewalk, it would be picked to the stem by passersby (and we are definitely guilty of reaching over fences in Spain to help ourselves to a piece of fruit or two). It also says a lot about the value of fresh vegetables in South Korea cooking. Don’t just plant flowers – plant things you can eat.

3) Jjimjilbang. We already talked about jjimjilbang in our post on South Korean accommodation, but it also merits a place as a big idea. For 10,000 won or less (around USD$10), you can spend hours soaking in the baths and then relax in the lounge for awhile, or sleep the night at 24-hour jjimjilbang. For an additional fee, you can get scrubbed down, have a massage, or even get your hair done. Aside from the reasonably priced R&R time, we also liked that a group of girlfriends or parents with kids all partake in the jjimjilbang, which requires nudity. We are not nudist in the least, but it seems healthy to see other people naked once in awhile – there are all kinds of bodies out there and the more of them you see, the less you are concerned about your own. (This is, of course, easier to say far from home where there is no chance we will run into a work colleague.)

4) Top-notch tourist infrastructure. South Korea is growing as a tourist destination so the government is still putting lots of money into tourist infrastructure. Every town we visited had at least one well-located tourist office with staff that spoke flawless English and gave out free maps. From within Korea, tourists can call an English-speaking hotline, 1330, for information on almost anything – bus schedules, help communicating with a Korean-speaking taxi driver, etc. 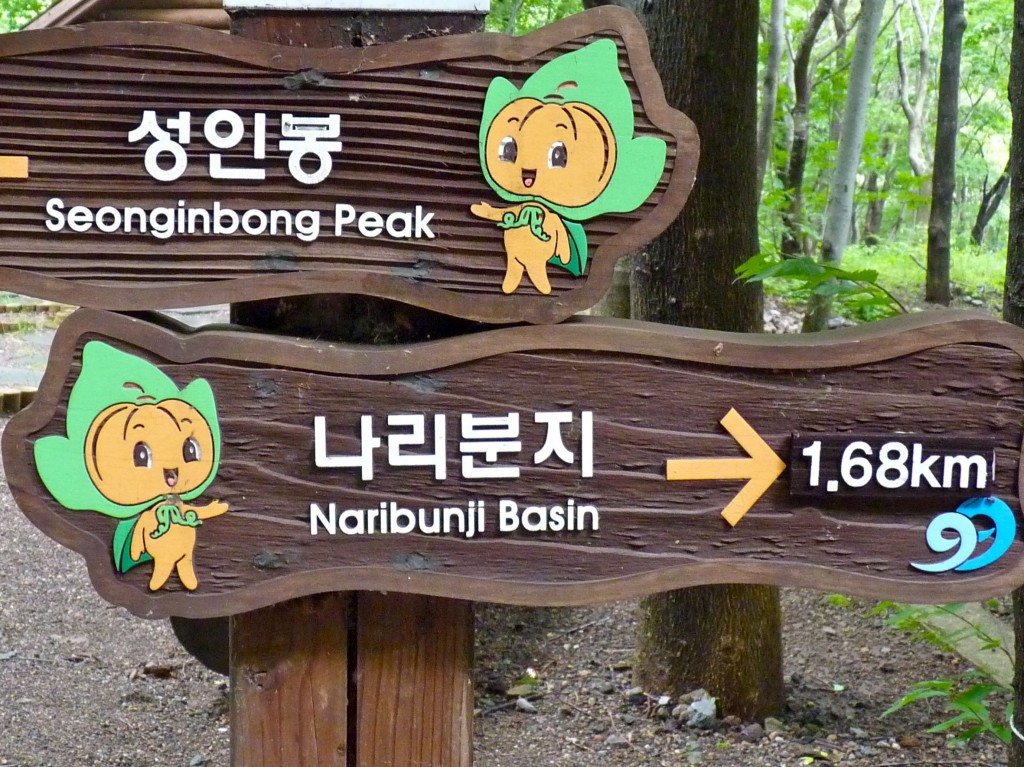 The Korea Tourist Office also organizes tons of activities. In Seoul, we “made” kimchi at a table sponsored by KTO. (“Making” kimchi consisted of rubbing the already-made paste on the already-soaked cabbage. One of our South Korean friends laughed at us that anyone can rub paste on cabbage and we should try really making kimchi some day.)

5) Small businesses alongside a big corporate economy. It is hard to imagine that just 50 years ago, South Korea was one of the poorest nations in the world. South Korea has copied, innovated and worked its way to become the world’s 15th largest economy in terms of GDP. South Korea is the country of chaebol, government-supported conglomerates like Samsung, LG and Hyundai, but at the same time we were surprised to find remnants of an economy that feels scrappier and more casual. 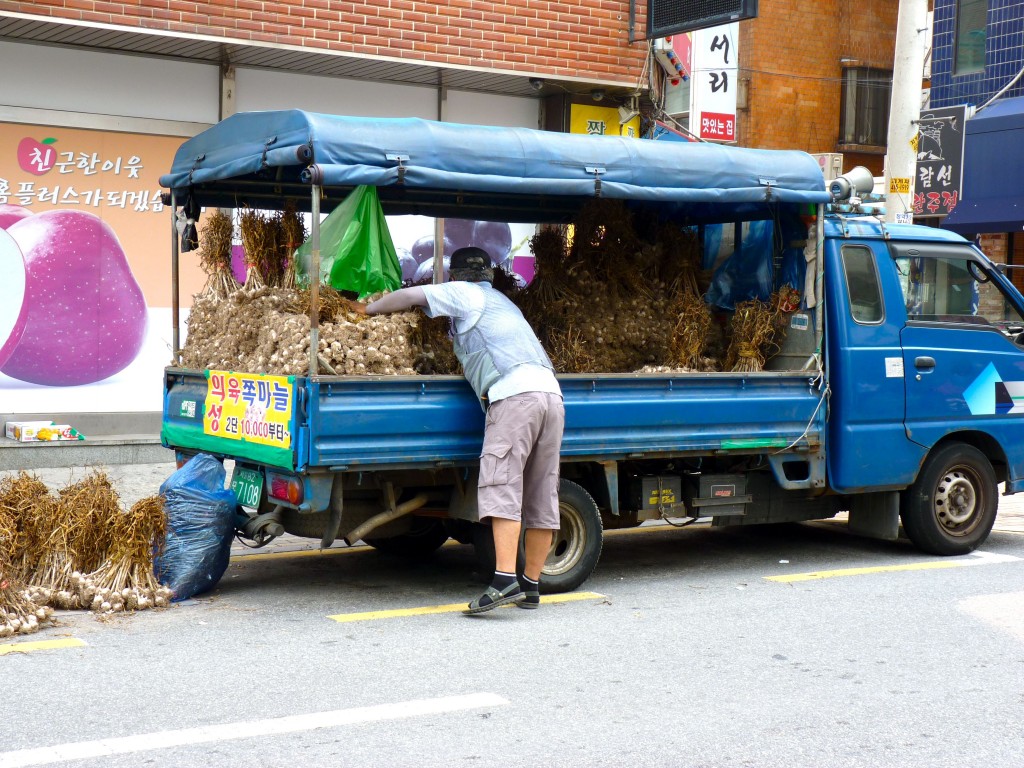 Fresh garlic off the farmer’s truck

In Seoul, the glittering Doota mall coexists with the sidewalk stands of the night market. Farmers drive around in pick-up trucks selling their produce right off the back. We were struck by this feeling of a two-speed economy that feels very developed on the one hand – everyone has a smart phone – with touches of the undeveloped on the other – ladies selling Kleenex and other random goods out of street carts. It remains to be seen whether this two-speed economy ultimately leads to a country where everyone can find a way to make a living without necessarily working in a conglomerate or to a country with insurmountable inequality between the Samsung employees and the Kleenex sellers.

A recent article in a Spanish newspaper was titled, “It’s South Korea’s World,” and it can feel that way. Its brands are trusted for quality versus price, its pop music and soap operas hold most of Asia Pacific rapt, and its economic growth within a democratic regime is the envy of many developing countries. But as we discovered, there is much more to South Korea than Samsung.