Practical Tips for a Winter Camino: Part I

This is a two-part post on what to expect for the Camino de Santiago in winter. Part I covers lodging and walking in winter.

If you’re here, you’re probably thinking of walking the Camino de Santiago in winter, so to answer your first question, yes, it is absolutely possible. Enjoyable even, if you’re a little bit tough and have adequate gear. I walked the French Way from January 12th to February 7th, 2013. The Pilgrims’ Office in Santiago provides detailed statistics of how many pilgrims arrive each day. The statistics confirmed for me before I left that I wasn’t insane to be setting off in January, so take a look at the dates you’re thinking of walking for reference. http://peregrinossantiago.es/eng/pilgrims-office/statistics/ 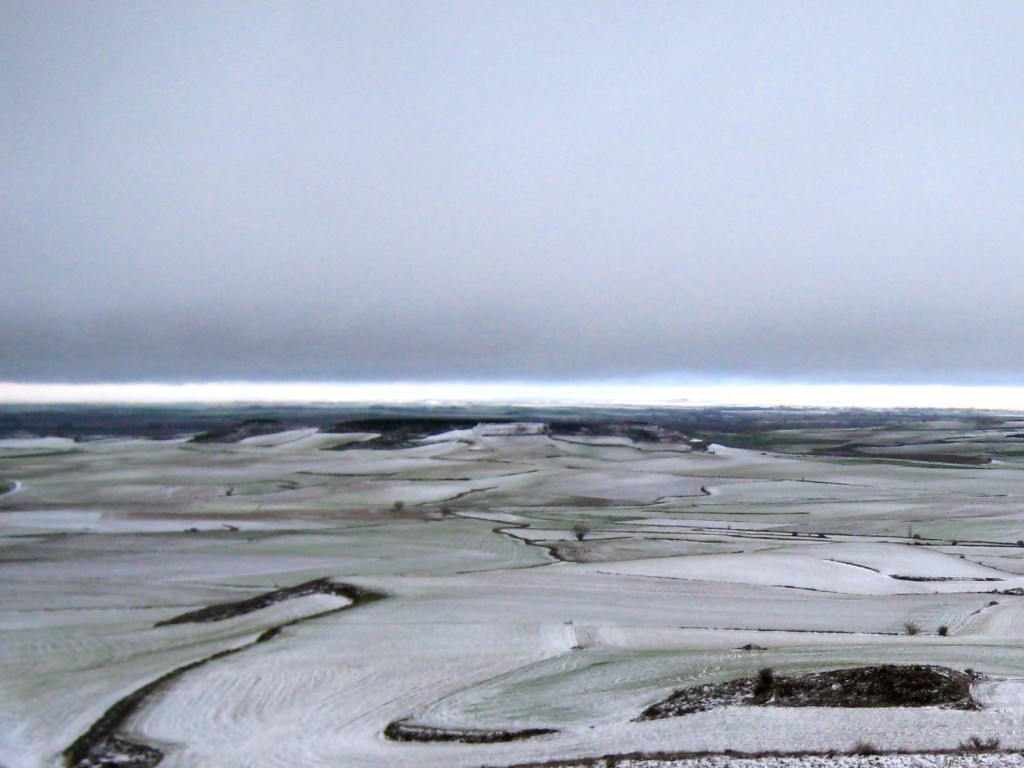 There are two main issues to deal with in winter: the weather and availability of pilgrim inns (albergue).

I.  Lodging in Winter

On the French Way, there are pilgrim inns open all year round, mainly the public ones (municipales).  You won’t have much of a choice as to where you stay in winter if you’re looking to stay in the cheaper pilgrim inns. The legs of your journey will be more or less defined by where the open inns are, or in some cases, where the open inns with a bit of heating are. Sometimes this means a long day of 35 kilometers and sometimes it means a short day of 16 kilometers.  Note that all the public inns in Galicia are open all year round.

Keep in mind that Christmas holidays in Spain run from December 24th through January 6th. There are even more albergues closed during these dates, so I chose to leave after January 6th (having the luxury of living in Spain and choosing when to start). I did read in guest books at various inns that there were people walking through the Christmas season, so it is probably possible if Christmas vacation is the only time you’ve got.

Don’t trust the Internet as to which places are open year-round. Each year different inns stay open, or an inn may be nominally open all year but closed for 10 days in January just when you arrive (as happened to me on several occasions). It’s better to call ahead to confirm if an inn is open and check with the innkeepers along the way as they usually know what’s open in the upcoming towns. 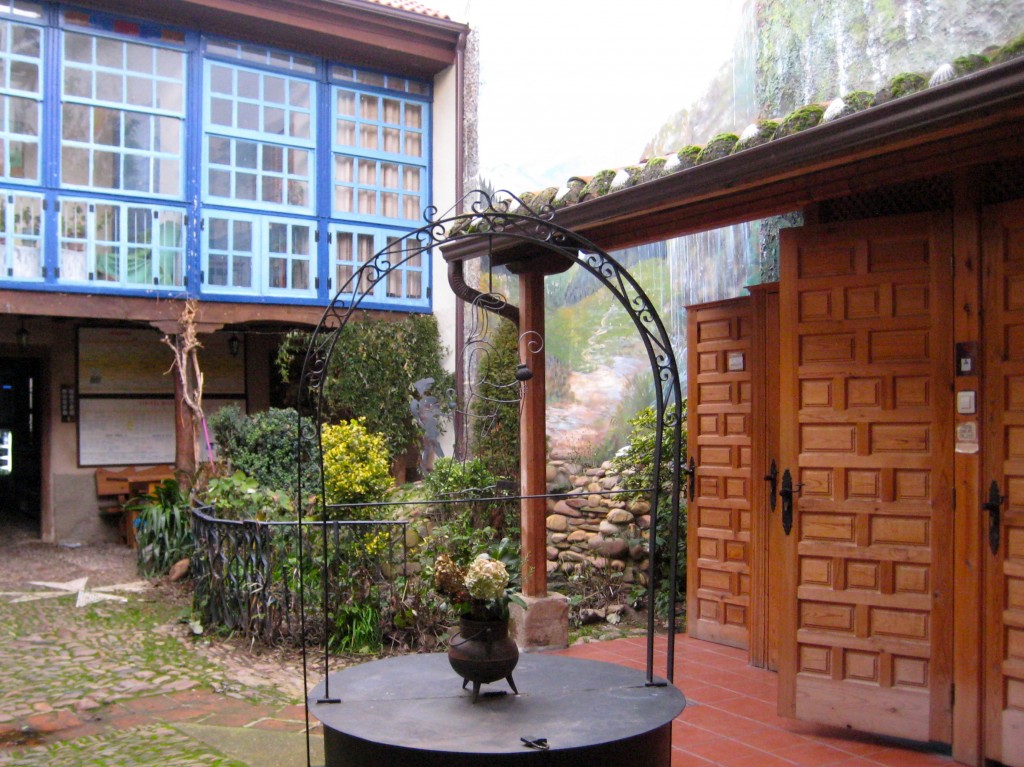 Looks lovely, doesn’t it? Of 26 nights, one of two places with no heat or hot water. Brr

I was expecting lots of inns with no heat and no hot water, but it was not the case at all. In 26 days, I stayed at only two inns with no heat. In fact, the quality of the lodging was a powerful motivator during the day as I could be fairly certain that I would be able to take a hot shower when I got to my destination and would sleep warm and cozy. (I should note that at home I always turn off the heat at night and I often take cold showers voluntarily, so it doesn’t take a lot of heat to make me happy.)

I didn’t stay in any private pensiones or hotels, so I can’t speak to how much “high quality” lodging is available in winter. There was a pilgrim walking almost exactly the same route as my group who we never saw because he was staying only in hotels, so staying at higher-end lodging seems to be possible year-round as well. 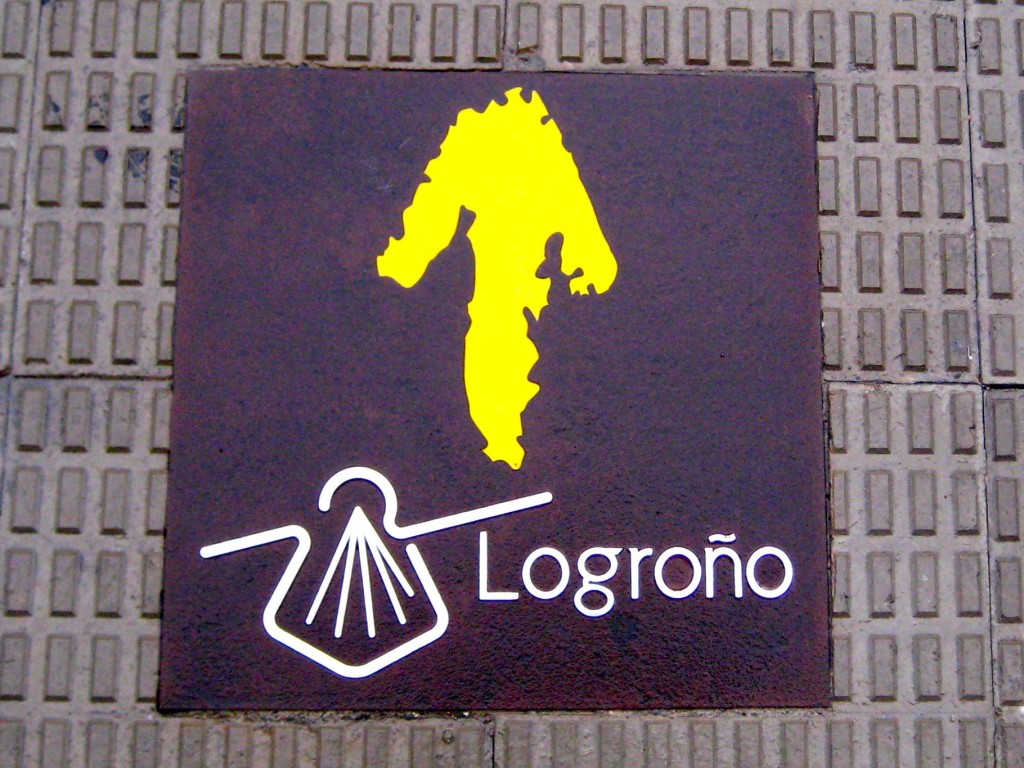 The French Way is extremely well-signed with yellow arrows everywhere, probably owing to the fact that it’s the most popular with loads of inexperienced walkers who get turned around easily. However, many of those arrows are painted on the pavement or on ground-level rocks. That means when it snows, they get covered up and you can get lost in the blink of an eye.

The Camino often runs near a paved highway of some sort, so if there is lots of snow, the best option is to walk along the highway. The innkeepers are also an invaluable source of information about alternate routes. Sometimes the alternate route is a little longer or a little uglier, but getting lost is worse.

Try to stay in a group on bad-weather days if you can. At least make sure that someone going to the same destination knows you intend to go there too so that if you don’t show up, someone will know you’re still out there.

There are fewer hours of daylight in winter, so keep it in mind when planning your day. Unless you’re planning to do 45-50km days, there is no reason to start walking before the sun comes up. Walking in the dark is another easy way to get lost. In summer, people get up at 5 AM to make sure they get a bed at their chosen destination, but in winter there is no need to worry about that. On the other hand, don’t dilly-dally too much along the way in winter because the sun goes down early, too.

None of this should scare you out of walking in winter. The French Way does not climb any significant altitude and is below the snow line most of the time. It’s also not very mountainous, so even if there is snow, you won’t be negotiating precipices and the like – just walking along a country road with snow on it. I have done some winter hiking, but I’m not a snow-and-ice expert in the least, and there was nothing I felt I couldn’t handle on the Camino in January.

The reward for walking in the low season is the small number of pilgrims. You get to know everybody and there is a real sense of community. There’s never a fight to use the kitchen or get a bed – in fact you can usually spread your stuff out over two beds if you like. The innkeepers love winter pilgrims because they say they’re always “real” pilgrims, not tourists.

As one innkeeper put it to me, “Tourists make demands. Pilgrims are thankful for a roof over their heads.”

Try the Camino in winter and you’ll find out whether you’re a pilgrim or a tourist.